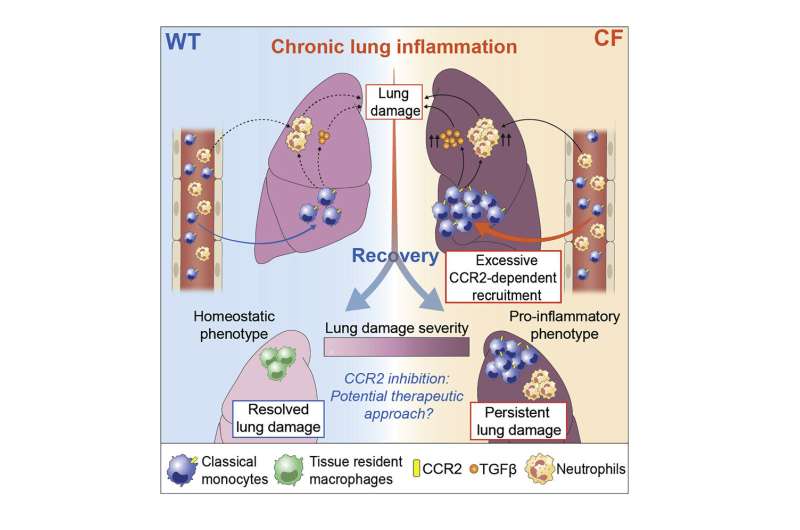 Yale researchers have identified a possible driver of the persistent inflammation that causes irreversible lung damage in patients with cystic fibrosis, a genetic disorder that impairs breathing and digestion.

In a new study, they uncover how a type of white blood cell called a monocyte kicks off a molecular chain of events that leads to sustained inflammation in the lungs and lung tissue damage. They also found that a drug that targets the monocytes was able to slow the progression of tissue damage in a mouse model of cystic fibrosis, suggesting it could be an effective treatment for cystic fibrosis in the future.

The findings were published Dec. 13 in Cell Reports.

Cystic fibrosis is a genetic disease that affects different organs in the body. In the lungs, the disease causes mucus buildup that traps bacteria and makes patients more susceptible to infection. Over time, as symptoms worsen, infections often become chronic throughout the remainder of the patients' lives.